May 17, 2016Posted in Engagement Pictures Coldwater Spring Park provided so many beautiful backdrops for their Jody and Carter’s photos.

Jody and Carter met in High School. They were both in NHS, the Astronomy Club, and had mutual friends, but they didn’t exchange phone numbers until graduation night. May of their Freshman year of college, they decided to make it official and start dating. Although they never actually dated in high school, they were still one another’s high school sweethearts.

To give you an idea of how awesome and adventurous these two are, they got engaged in Sardinia, Italy while watching some cliff divers “from the comfort of [their] floaties” as Jodi describes it. Carter pulled the ring out of nowhere and in the brilliant sun, floating off the coast of Italy, he asked her to marry him.

Their engagement shoot was at Coldwater Springs Park and we had such a blast. These two are so easy going and free spirited and I could tell how much they enjoy one another’s company. We got some beautiful shots all around the park, and even some with their dog, Zeus! Life is never boring with these two and I know their marriage will be such an adventure. 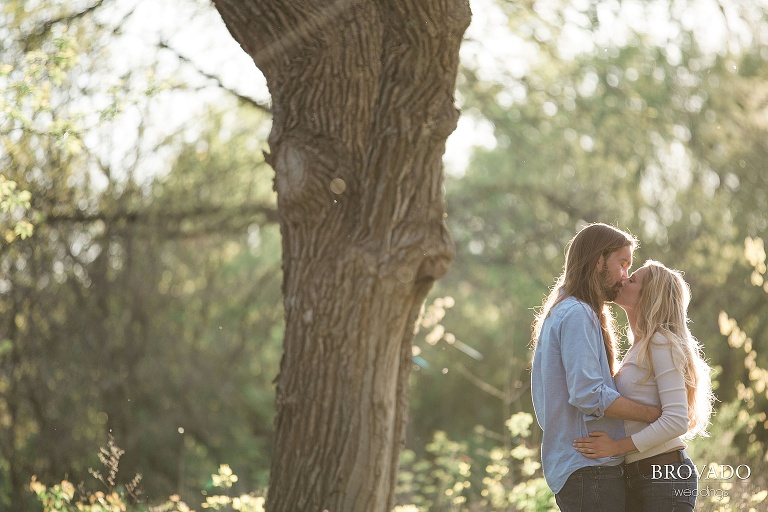 An Australian Adventure Leads to Love in Minnesota