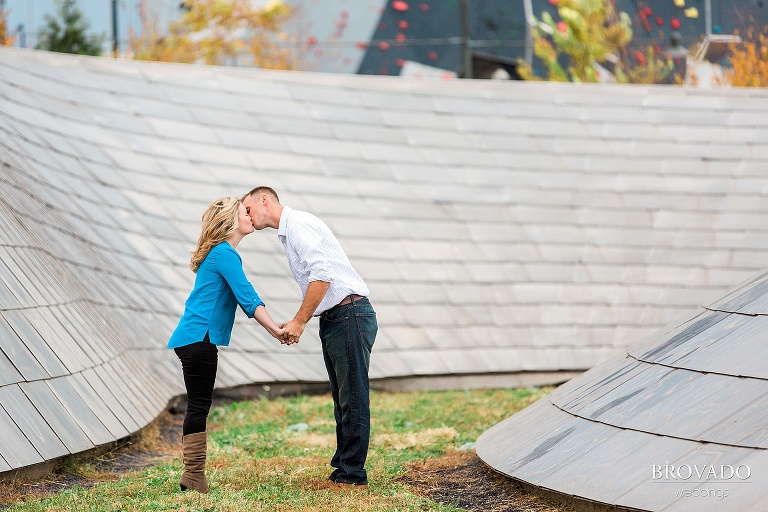 “I-94 between Chicago and Marine on St.Croix saw thousands of miles from both Cody’s green pickup and Sarah’s trusty Ford Taurus.” This is what Sarah told me with a playful giggle, and it proves that even when they lived hundreds of miles away from one another, these two couldn’t stand to be apart. This is when you know you’ve found the one; when even though you are hundreds of miles apart, your true love makes it feel as if there is no distance that can separate you. You got lucky, Sarah and Cody!

Their love story was one that was traveled just like the long stretch of highway road that separated them. Eventually it would lead them to each together, but it would take a few miles and a few years before they realized they belonged together. They first met in 3rd grade in Mrs. Wistricill’s classroom. It was their freshman year of high school, at 15 years old, that they would share their first kiss. But the lane to their love wouldn’t find them again until 2012, the summer before Sarah started medical school. Nursing broken hearts and failed past relationships, the two found solace in one another. Cody would convince Sarah that after years of friendship they should give each other another shot. As they navigated that stretch of pavement and the distance that separated them, so to did they navigate their relationship and eventually, they just knew…

When I arrived in downtown Chicago to shoot Sarah and Cody’s engagement photos, I knew that they were absolutely meant for one another. I loved when we were shooting in Millennium Park. There are so many great backdrops here, and we took some photos in places we probably shouldn’t have. As they always say, “it’s better to ask for forgiveness than ask for permission!” I’m so pumped to photograph even more of your unique love at your wedding! 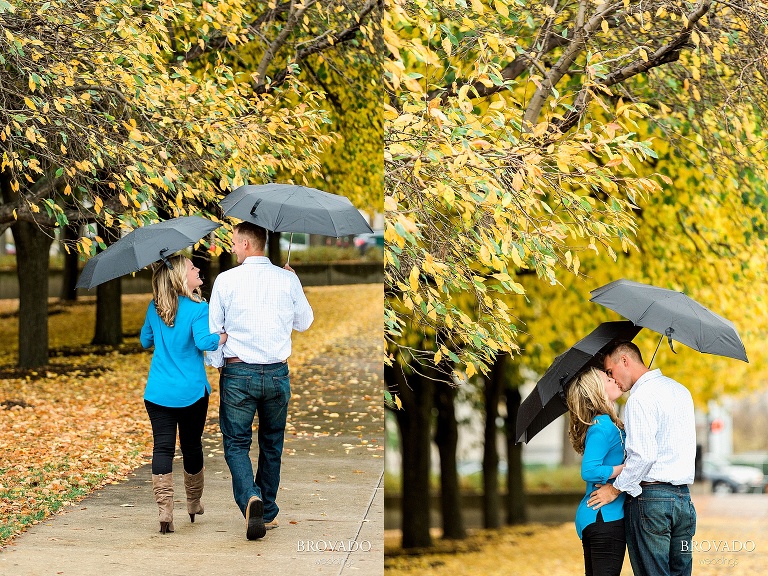 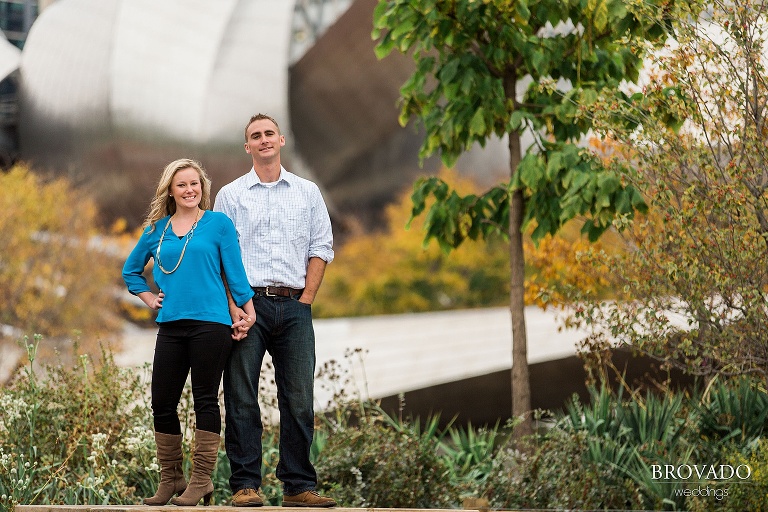 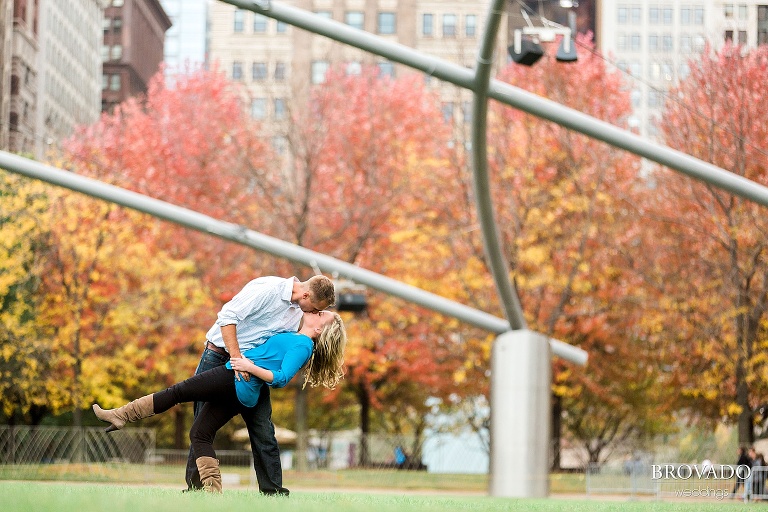 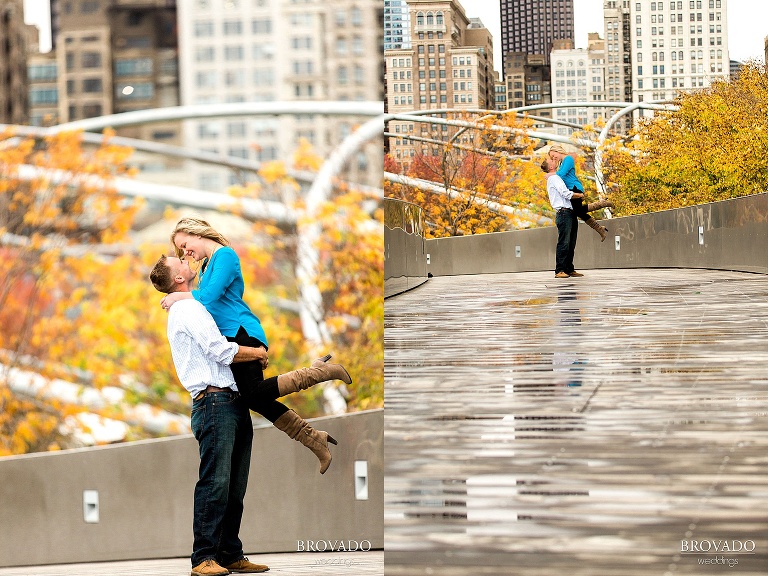 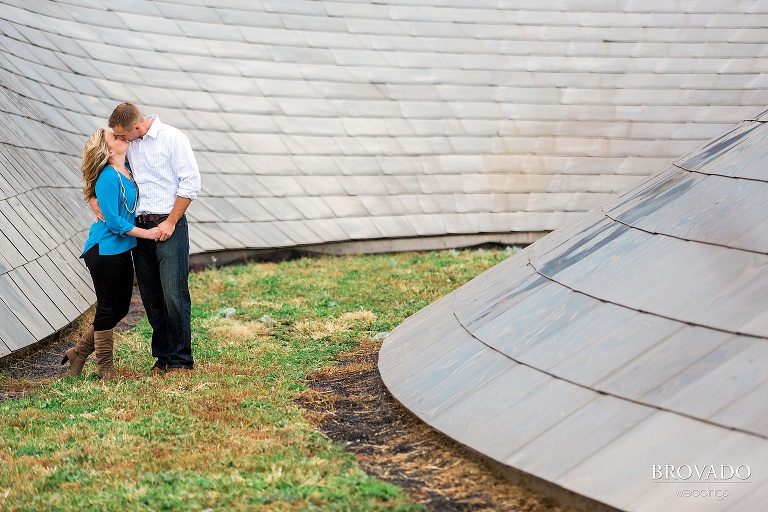 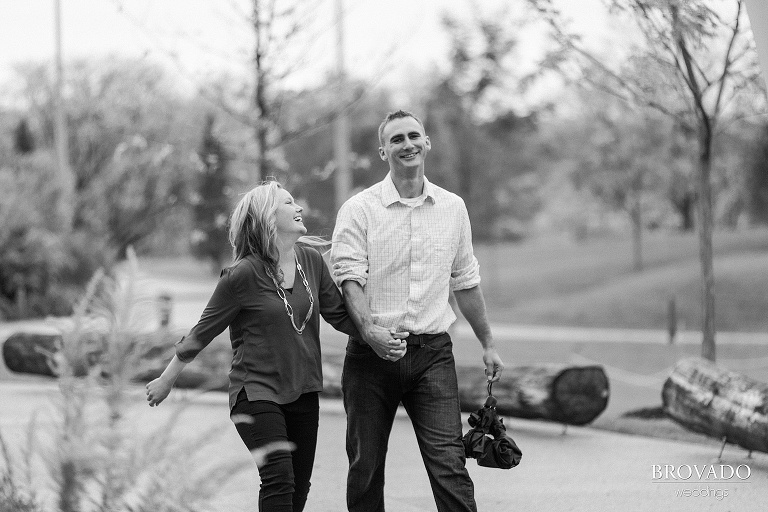 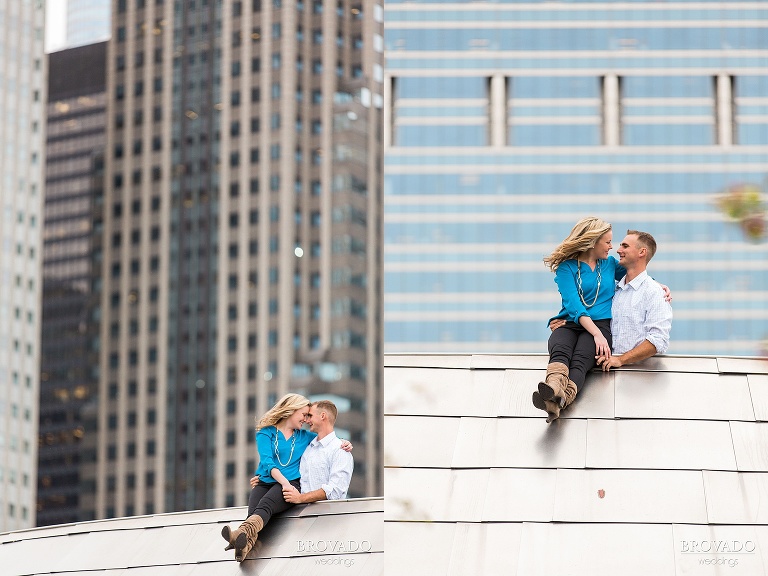 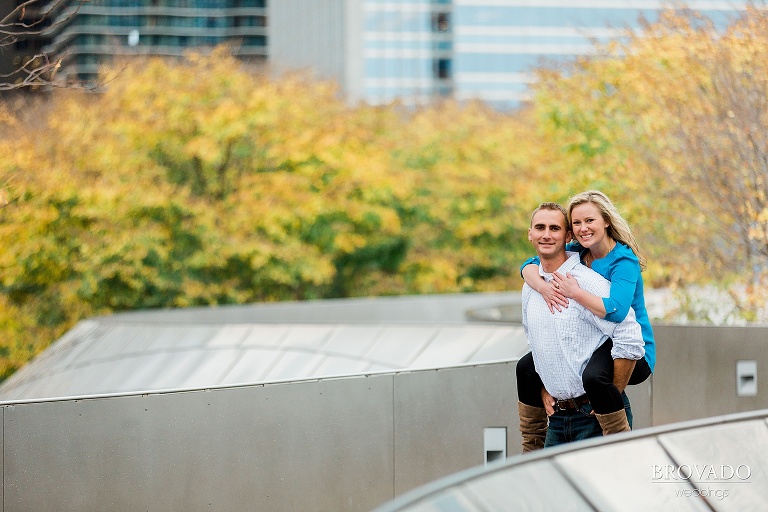 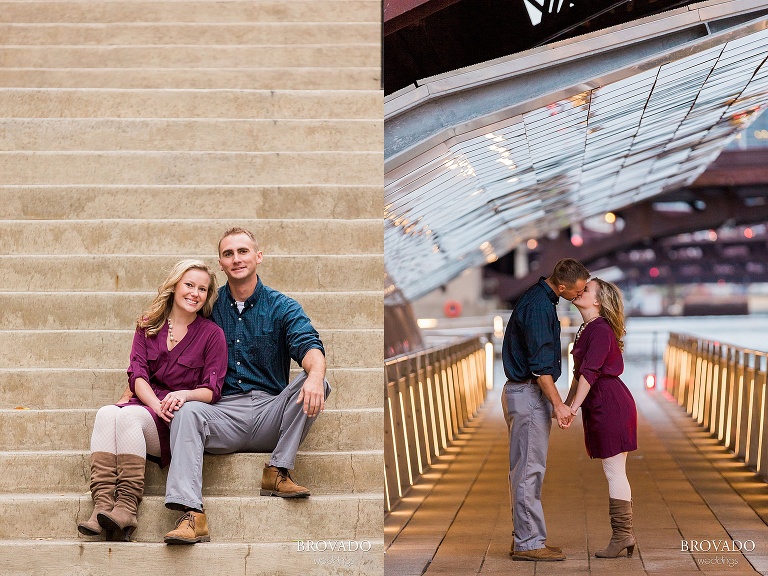 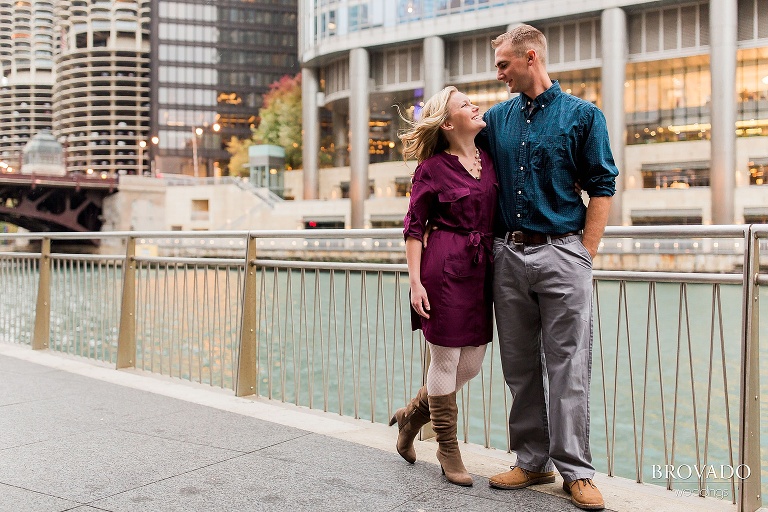 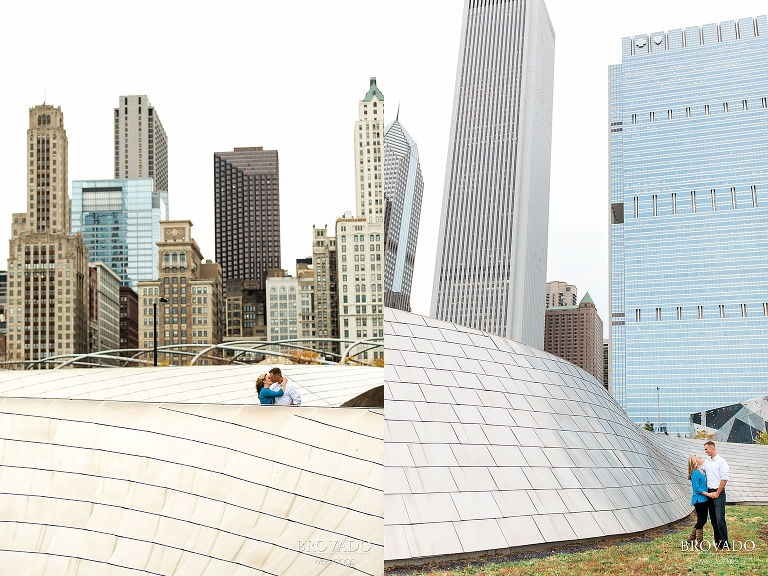 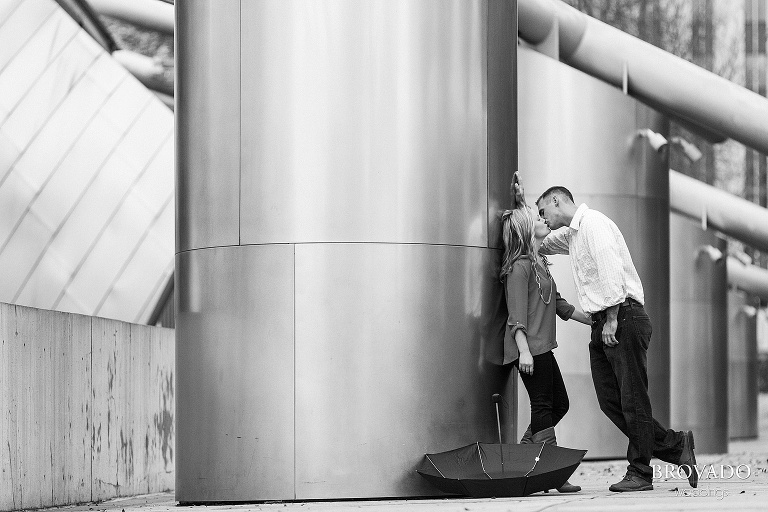 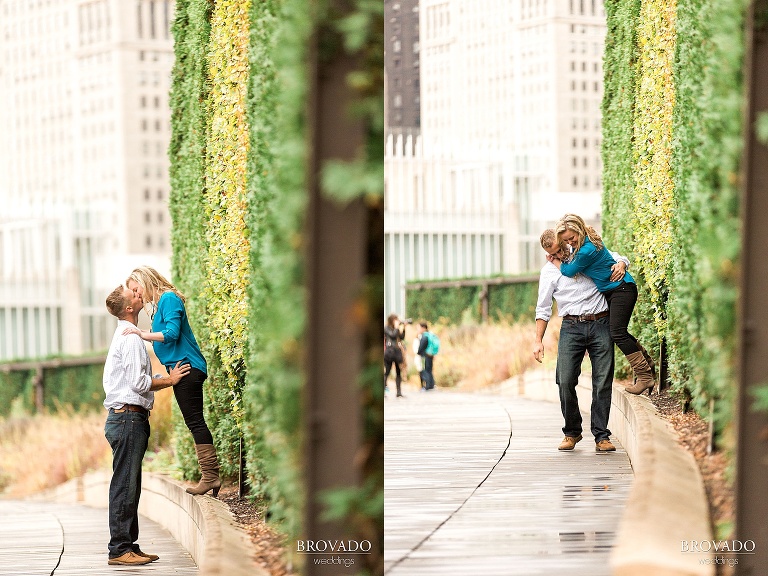 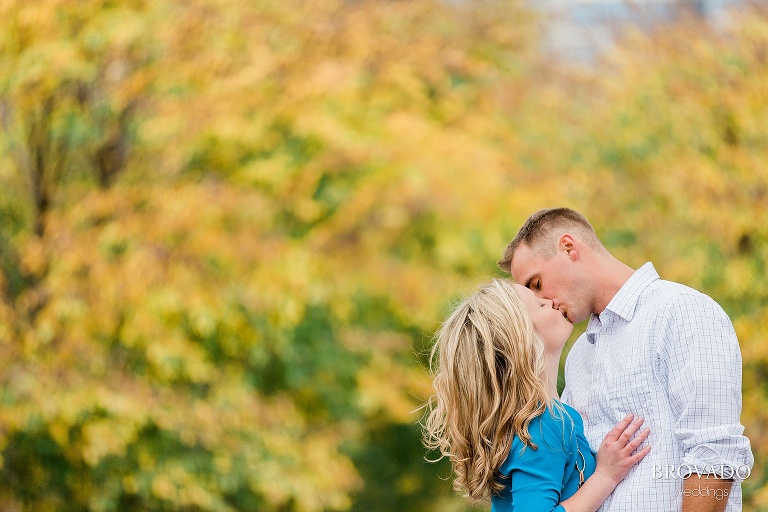