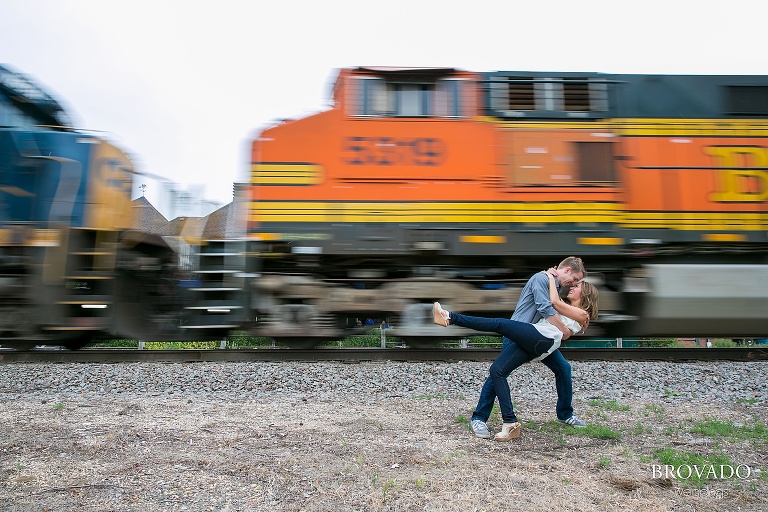 Kelsey and Robbie are simply great.  They’re my kind of people – adventurous, talented, always smiling, and they don’t take themselves too seriously. We all met up earlier this year on Maui. Since my wife and I live on the island during the winters, I was able to do a destination engagement photo shoot for Robbie and Kelsey when they took a trip out there in February. Unfortunately, the only day we were all able to meet also happened to be the only day it poured rain for hours and hours in Wailea where we were shooting. So we decided to give it another go this summer in Minnesota.

Kelsey and Robbie met me last week at the Wayzata Yacht Club to take some more engagement pictures on Lake Minnetonka. They were so much fun to photograph – playful and beautiful… the best kind of subjects! I learned that they met while skydiving. But of course!

When I asked them about their proposal story, Kelsey told me about how she’d almost ruined Robbie’s master plan by double booking their calendar, and how Robbie pulled it off anyway by sneaking off with her car to go “get gas” later that night. When he called her after a half hour with a supposed flat tire, she was a little miffed about having to go rescue him instead of getting ready for bed. I only hope she was wearing pajama pants when she left the house…

You see, Kelsey and Robbie’s first date didn’t go according to plan either. She ended up being sick on the day they were supposed to get together, so instead they made the best of it and decided to stay in and watch movies in their sweatpants. They called it Sweatpant Sunday.

Back to the night of the proposal (which was on a Sunday)… when Kelsey found Robbie, he was on the side of the road wearing a suit jacket, a nice shirt, a tie, and sweatpants. At first this irked her even more because she thought he’d been dilly-dallying around with outfits while he was supposed to be getting gas for her car, and this was just another thing preventing her from crawling into bed! But he simply took her hand and led her down a path that went behind the Carlson Towers, and that’s when she saw it – a pavilion decorated with romantic lights and flowers everywhere.

“Robbie got down on one knee and I immediately starting crying and said, ‘YES!’ probably about 100 times. It was a beautiful moment and all my frustration instantly disappeared. As we were walking back to the car, I said, ‘Well let’s get that tire fixed!’ and Robbie started laughing. Then he told me there was never actually a flat tire,” recalls Kelsey. From what I hear, her family might have called that last bit a “Kelseyism.”

Enjoy these engagement photos, you two! I can’t wait for your wedding! 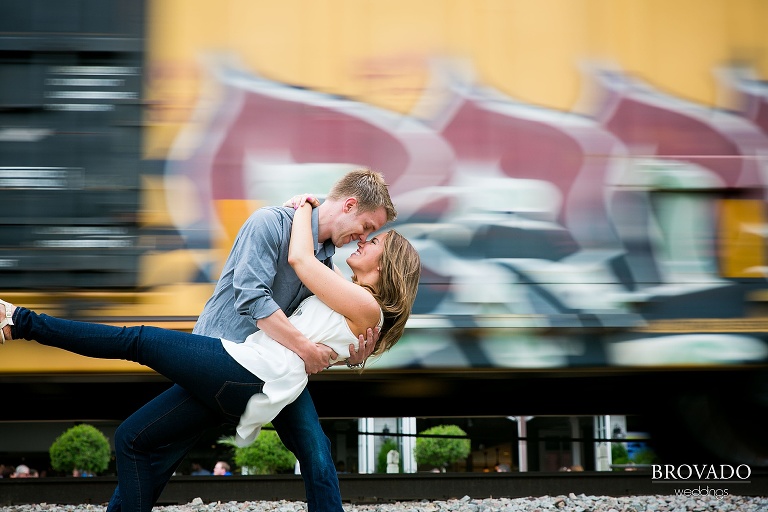 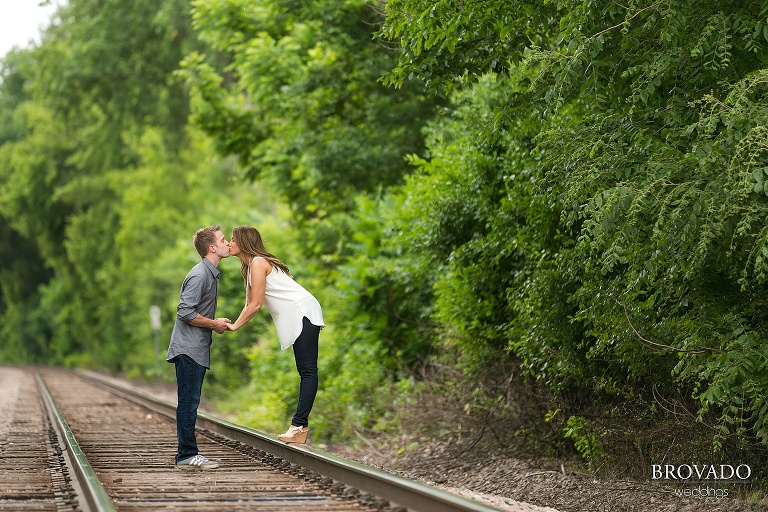 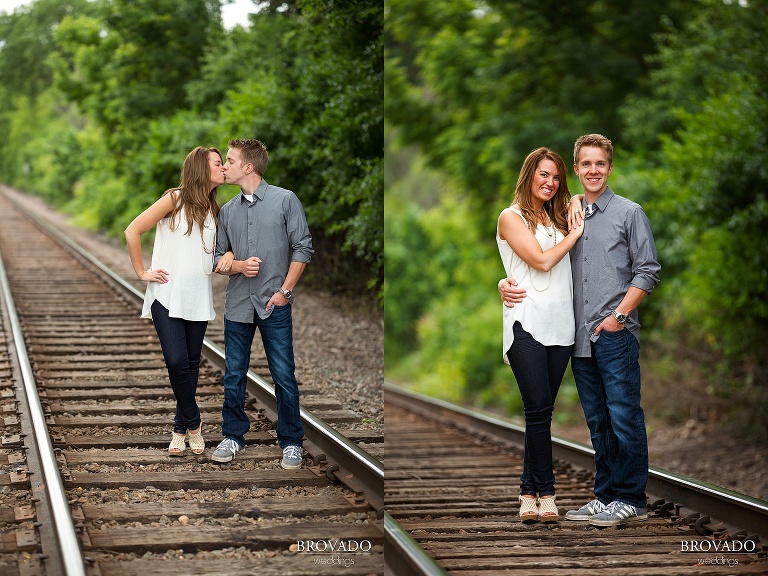 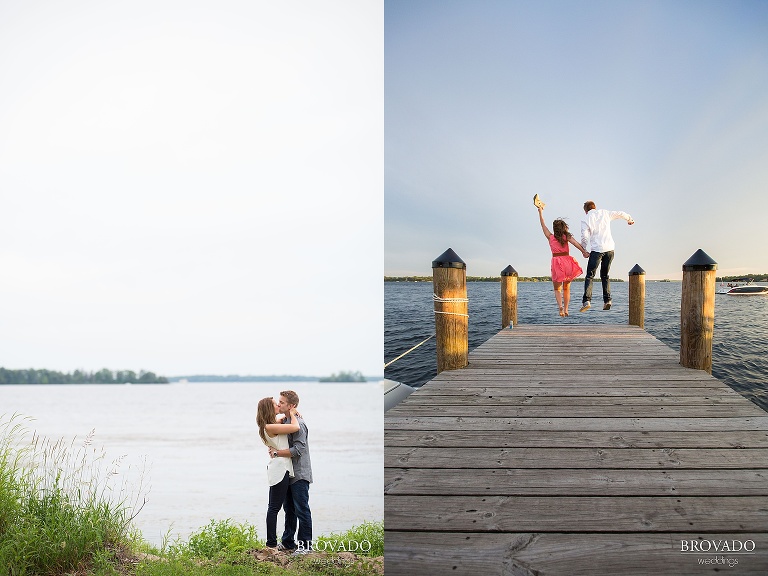 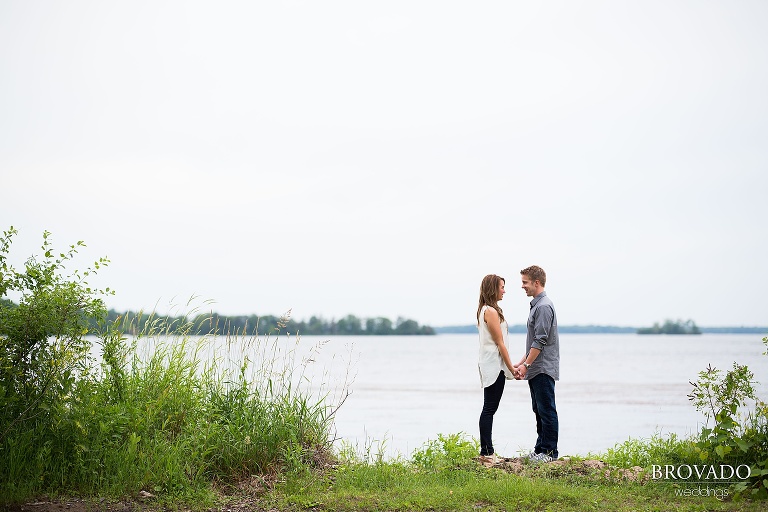 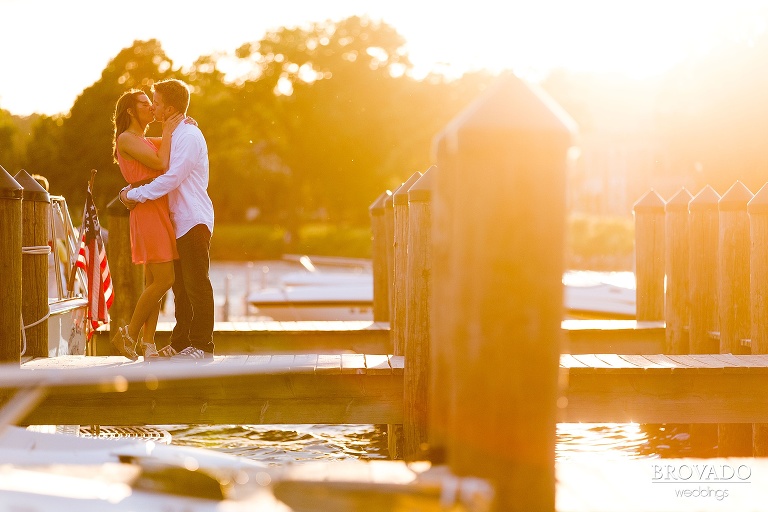 In Love on the Lake | Brenna & Derek